“It is by loving that we learn to love”
Suzanne Aubert

By going digital during 2012, the Soup Kitchen took a giant leap into the 21st century. In February, a Facebook page was started with the help of the amazing support of volunteers. Another huge milestone was the launch of this website. Ruth, a web designer who happened to be one of the volunteers, worked on the project. -In March of the same year, a group of Soup Kitchen guests worked with Digital Storytelling Aotearoa to compile digital stories on a topic close to their hearts.

The computer and internet access hub, went from strength to strength, and a year later more and more guests used the service to create their CV’s, keep in touch with whānau, check the news and weather, and generally take the opportunity to be part of the digital age.

Although the Soup Kitchen staff are skilled, they recognise that sometimes expert help is needed. More and more specialist workers come into the Soup Kitchen to work with the guests. On Wednesdays, the Team for Active Community Treatment (TACT) visit to best support those guests with mental health issues and on a Thursday morning, there is a special budgeting advisor from Catholic Social Services. Housing advocates from the Downtown City Mission help with housing issues. Although there are a number of ways the guests can access these services in the city, staff from these agencies are becoming ‘familiar faces’ which helps build relationships and trust. 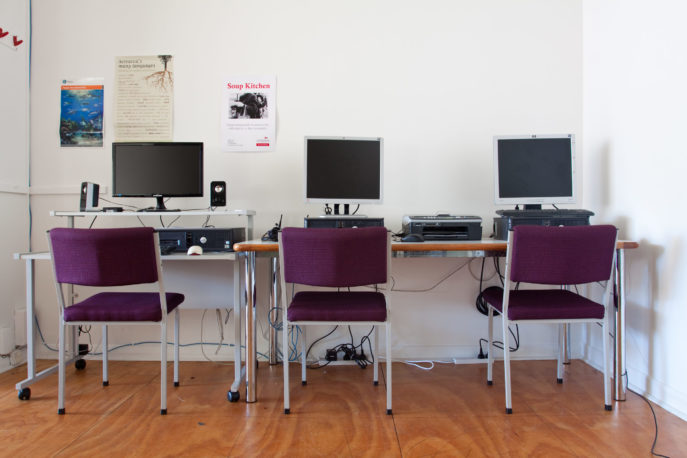 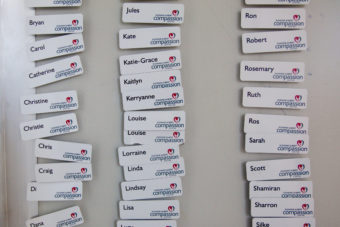 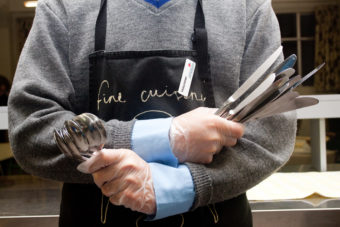 The Soup Kitchen still relies on Divine Providence. On Good Friday 2013, a truck pulled up at the back door. They had missed the ferry to Picton and their cargo would otherwise go to waste – 200 fresh whole flounder were donated. A few months later, there was a shortage of bread for the evening meal – that was until a local pizza restaurant donated 100 pizzas. A client had over ordered and they had a surplus of large pizzas.

In 2017, the Compassion Soup Kitchen in conjunction with Massey University, presented an Aotearoa first with Te Hā Tangata – a Human Library on Homelessness. This human library project provided a platform for the homeless community to tell their story to members of the public in small groups. Taonga also received a printed copy of their story, developed by the Taonga with support from students at Massey University, the Compassion Soup Kitchen and Caxton Press. 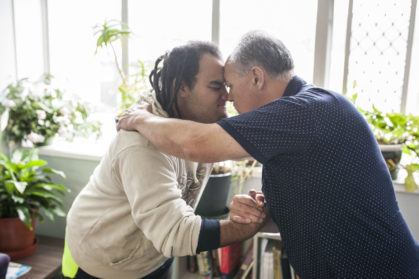 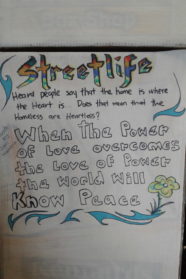 Poetry from the Taonga

At the beginning of May 2018, after five months of hard work, whanau of the Soup Kitchen finished the first stage of the māra/garden. The māra is now producing plentiful kai for the whānau and the kitchen. Alongside the garden, there is a range of other activities and services for the whānau including a writers’ circle, sewing session, regular fishing trips, haircuts and regular on-site access to Orange Sky’s laundry and shower services. 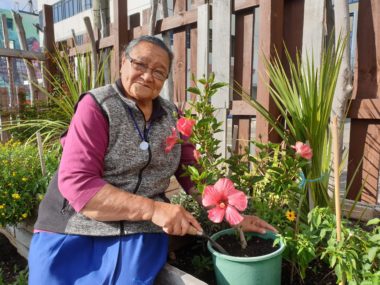 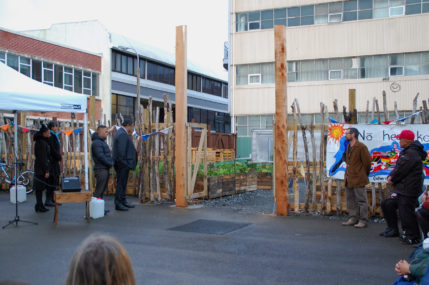 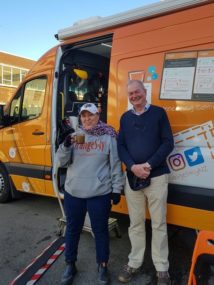 COVID-19 and the Soup Kitchen

In 2020, the COVID-19 global pandemic hit New Zealand, and as of March 23rd there was a nationwide lockdown. This saw the doors of our dining room close, but as an essential service, the Compassion Soup Kitchen remained committed to providing the whānau with nutritious kai daily. Suited up in PPE, two teams of dedicated staff and volunteers prepared takeaway meals as demand for food nearly doubled. Whānau visiting the Soup Kitchen quickly settled into the new routine, respectfully social distancing in queues that sometimes stretched over 50 metres town the street. As many of the whānau depend on the social connection and community involvement that the Soup Kitchen facilitates, staff and volunteers packed as much concern as they could into the short daily interactions they had. Each day, an update based on the government’s daily briefing was given out.

Whānau informed us that they abided by the rules, not because they were told, but because they wanted to protect themselves and the people around them who they consider to be family. Many whānau kept an eye out for their friends, delivering meals to those in their apartment buildings who weren’t able to come down to the kitchen. 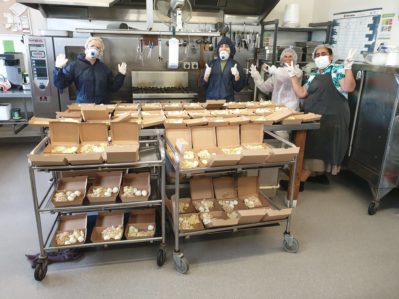 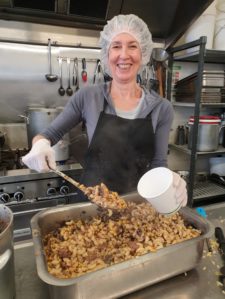 Lizzie serving up another delicious meal! 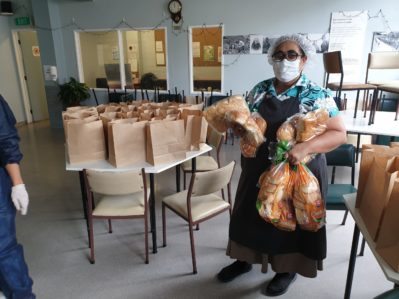 I used to walk past on my way to and from work and a crowd of people would be waiting outside for the door to open so eager to be fed. Scorn for these people was always on my mind – layabouts, misfits, no hopers. And not too long after something dawned on me – ‘who am I to sit back and judge.’

Most of these people are worse off. Show a bit of humility after all even I know how it is to be hungry.

I’ve gotten to know these people now and the Sisters too. Circumstances beyond control forces them here, gathers just to associate. Everyone’s been through hard times before, it’s part of life. It’s another way of coping and you are not made to feel guilty.

Acceptance being the first lesson I learnt coming here, Compassion come second after hearing different stories humility and the end result and a full stomach at the end of the Meal.