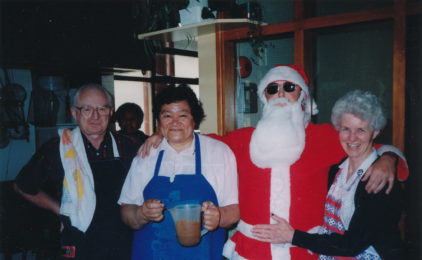 Christmas time at the Soup Kitchen 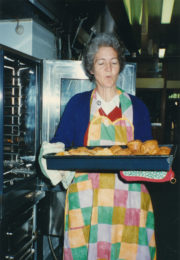 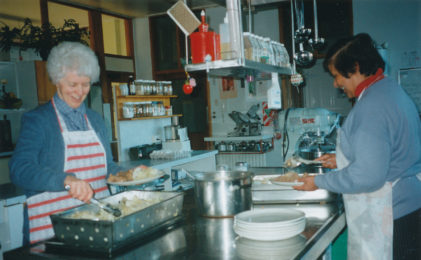 People who were suffering from mental or physical disabilities found security in having a meal at the Soup Kitchen. They liked the companionship, and the regular meal times gave them a routine, enabling them to cope with their day.

On release from jail, prisoners came to the Soup Kitchen, where they found no questions asked, just an invitation to have a meal. This was often their first step toward rehabilitation into the community.

Many individuals living off the streets looked to the sisters for more support, often requesting specific help because of their difficult circumstances such as a pregnancy and associated problems.

During this time, ‘Street Kids’, some as young as 10 years and others in their early teens, made their way to the Soup Kitchen every day. They arrived about six o’clock in the morning wrapped in blankets and quilts, and they lay on the floor and seats, unfortunately upsetting the old regulars.

In July 1985, the kitchen had some publicity through the media, both on the radio and in the newspaper, in relation to the Street Kids. They telephoned to see if they had been barred from coming for meals. The answer was no, but they had been warned that their behaviour was not acceptable and unless they improved they would not be welcome. Previously they had scribbled on the furniture and upholstery and wasted food by throwing it around. They had been barred from other centres. In 1989, a house was opened for them at 24 Stoke Street, Newtown. Some of the sisters attended the opening. The then Minister of Housing, Miss Helen Clark, and Mrs Tirikatena Sullivan were also present. 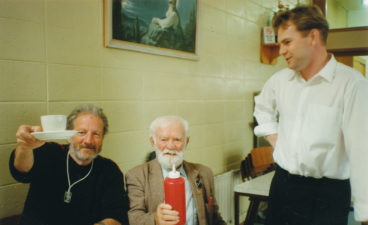 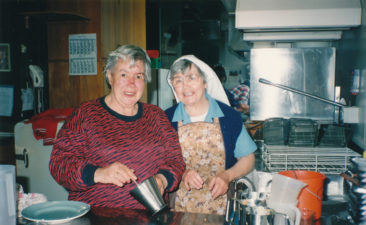 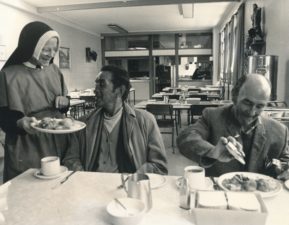 I am sure of it
Ae, ki au e pono rawa tênei
Taken from the New and Complete Manual of Māori Conversation by Suzanne Aubert