“Let us never lose courage on our journey”
Suzanne Aubert

The depression years of the 1930s were very difficult. New Zealand was especially vulnerable because the country relied almost entirely on agricultural exports to the United Kingdom for its economy. Jobs disappeared and wages fell, leaving people desperate and charities unable to cope. Poverty-stricken New Zealanders had to rely on charity and the really desperate queued at soup kitchens, including the Suzanne Aubert Soup Kitchen.

During the depression years, many ‘soup kitchens’ operated throughout New Zealand. By the 1950s, all had vanished except for St Joseph’s Soup Kitchen in Buckle Street. The sign ‘Soup Kitchen’ was removed and replaced with ‘Dining Room.’ The Soup Kitchen moved inside. There was seating for 29 men and soup was served in pint mugs.

In 1933, the elderly and disabled men living at Buckle Street were transferred to the newly built Home of Compassion at Silverstream. 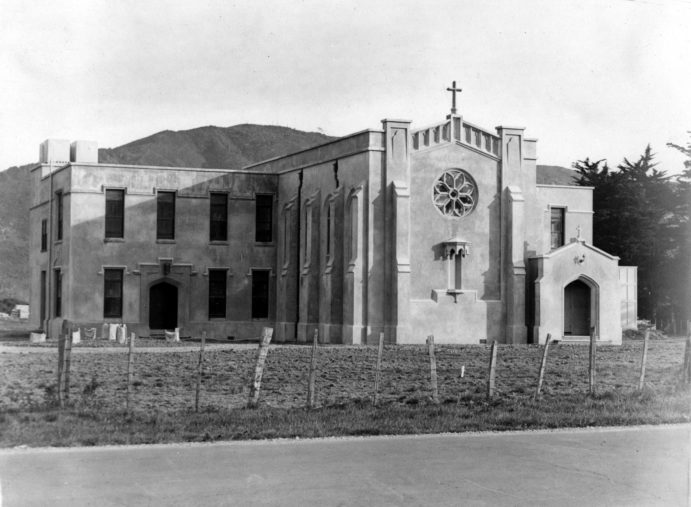 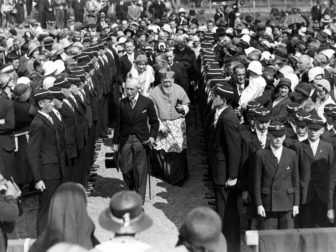 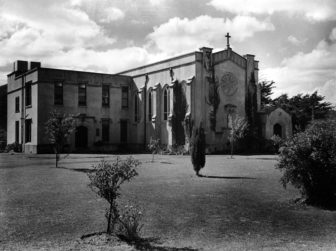 Throughout the Great Depression and World War II, people continued to support the Soup Kitchen. Many individuals and organisations, shops, cafeterias, caterers, restaurants and various Christian groups donated food every day. In June 1961, the dining room was enlarged when members of the St Vincent de Paul Society came to support the sisters on a regular roster.

The Sisters of Compassion were fortunate to be able to spare food to give to the poor who came daily to collect it. Among them was a woman who always came when the others had gone – she had probably been better off and was ashamed to have to beg. One evening she came asking for white bread, as her husband could not eat brown bread. There was only one loaf of white bread left, and the sister wondered if she should give it away, or keep it in case it was needed in the parlour. Finally, she gave it, thinking she would depend on St. Joseph to send more if it were needed. After tea that evening, two large sacks of fresh white bread were found in the basement. No one ever knew from where or how they had come.