“Live for God in God’s sight,
work for Him in His Divine Presence,
keep yourself united to Him by love.”
Suzanne Aubert

Back in New Zealand, Suzanne Aubert resumed the reins of government and tabled the idea of a training hospital for nurses. Medical lectures began for trainee nursing sisters in 1923.

On 1 October 1926, Suzanne Aubert died surrounded by many of the sisters. At the time of her death, there were 70 sisters. Her funeral was on 5 October at St Mary of the Angels Church. Spontaneous tributes were made to her from the people of Wellington and beyond. It was the largest funeral ever held for a woman in New Zealand.

At the request of Archbishop O’Shea, the Soup Kitchen was closed from February 1928 for three months. A new, more suitable site was found further along on the same property and was opened on 2 July 1928.

On 3 February 1931, there was a terrible earthquake in Napier. Many were killed, with survivors left injured and homeless. Six Sisters of Compassion went to the stricken area to help where they could. Nine of the wounded were nursed at Buckle Street.

Sir Joseph Ward died on 9 July 1930. Sir Joseph, the Prime Minister of New Zealand (1906-1912), was a steady supporter of Suzanne Aubert. In his Will, the only bequest outside his family was for the Sisters of Compassion. A natty dresser, Sir Joseph was distressed once to find that his best dinner suit had gone that day by mistake with a bundle of clothes to the Soup Kitchen. Luckily, it could be retrieved before it was given to a penniless citizen. 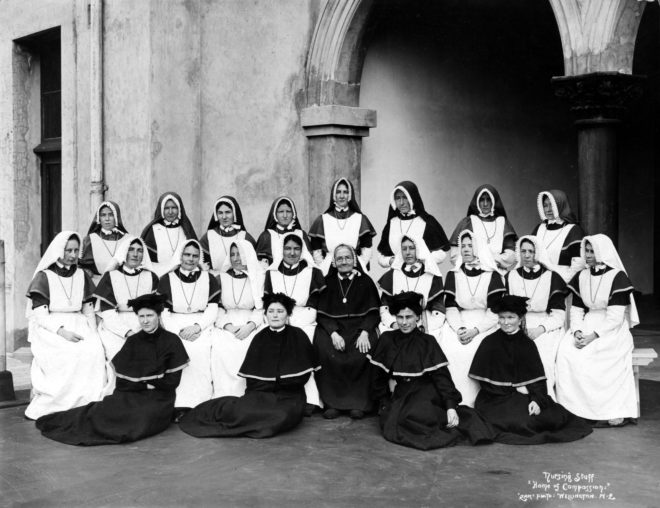 Nursing staff at the Home of Compassion 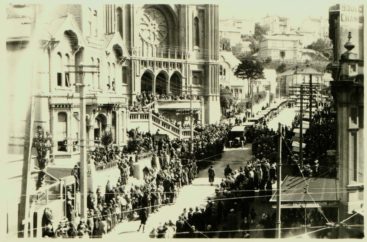 Crowds around St Mary of the Angels church in Boulcott St for the funeral of Mother Aubert on October 5, 1926. It was the biggest funeral ever held for a woman in New Zealand 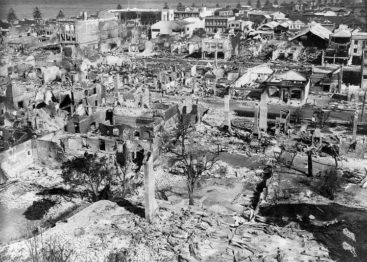 Aftermath of the Napier Earthquake, 1931

A wonderful tradition began in the mid – 1920s when the Michael family began to donate each month 6lb of butter (one for each child in the family) to the Soup Kitchen. This tradition of giving has been passed on from one generation of the family to another and at the funeral of Gordon Michael in 2005, the Sisters of Compassion paid tribute to Gordon and the family for this remarkable support. Gordon’s nephew continues the gifting.

Pray show me the way
Têna, whakààtumaitehuarahi
Taken from the New and Complete Manual of Māori Conversation by Suzanne Aubert